Giselle Beiguelman’s research covers the fields of digital art preservation, the aesthetics of memory in the 21st century and art and activism in the networked city. Develops projects of artistic interventions in public space and digital media. She is a full professor at FAU-USP and was the coordinator of its Design course from 2013 to 2015. She is a member of the Laboratory for OUTERS Urbanism (FAUUSP) and of the Interdisciplinary Laboratory Image Knowledge – Humboldt-Universität zu Berlin. ⠀
⠀
Among the exhibitions she has participated in, Memórias de Areia stand out, at Cassino da Urca, Rio de Janeiro (2017); Cinema Lascado, at Caixa Cultural de São Paulo, and Quanto Pesa uma Nuvem?, at Galpão Videobrasil, both in 2016; Memory of Amnesia, an intervention at the Municipal Archives (São Paulo, 2015), Odiolândia (2017), Art Supermarket (VII 3M Digital Art Exhibition, 2017) Net_Condition (1999) and Algorithmic Revolution (2004-2008), at the Zentrum für Kunst und Medientechnologie (ZKM), Karlsruhe, Germany; participates in the 25th Bienal de São Paulo (2002), in the exhibition El Final del Eclipse (2001-2003), at Fundación Telefonica, Madrid and Latin America; the Seville Biennial (2008) and the 3rd Bahia Biennial (2014), held at the Bahia Museum of Modern Art (MAM/BA); and “Unplace”, at the Calouste Gulbekian Foundation, in Lisbon (2015); among others. In 2022 she is one of the artists that integrates the 370 Panorama of Brazilian Art at the Museum of Modern Art of São Paulo (MAM-SP)
⠀
Her work integrates important public collections in Brazil and abroad, such as ZKM (Germany), Yad Vashem (Israel), Latin American Collection – Essex University (England), the Museum of Contemporary Art of the University of São Paulo (MAC-USP) and the Pinacoteca do Estado de São Paulo, as well as the Jewish Museum Berlin. She was editor-in-chief of Revista seLecT (2011-2014) and is a columnist for Rádio USP and Revista Zum. She was the curator of Arquinterface: the city expanded by networks (Sesi Digital Art Gallery, São Paulo, 2015) and Tecnofagias (3rd 3M Digital Art Exhibition, Instituto Tomie Ohtake, 2012).

The works created, provoked, ruined by Giselle Beiguelman are like images caught in transit, halfway between a representation of the outside world and a kind of self-analysis about the very nature of the images. In a single movement, these noisy images express a possible visibility of the landscape brokered between different devices and also question themselves about their ability to make such an operation effective.

In a single movement, these noisy images express a possible visibility of the landscape brokered between different devices and also question themselves about their ability to make such an operation effective.

"Remains of a narrated memory, brings together fragments that reveal, by juxtaposition and free association, tacit relationships between different topics. The concealment of memory by the design industry and the impossibility of the 20th century to produce ruins are some of them."

"Disturbingly Familiar throws the viewer between rubble and reflections on the opacity of the fog. It also registers a tension between memory administration and forgetting policies, situations of belonging and cultural exclusion."

From images and videos produced with Artificial Intelligence, plants and an audiovisual essay, Giselle Beiguelman creates hybrid beings in a post-natural garden to read plants, in particular “weeds”, as resistant and resilient life forms, creatures sometimes infiltrated in real and digital gardens.

After a long intellectual trajectory, Giselle Beiguelman has become a reference for art in new technological media in Brazil, and in this decade she has shown herself to be a disturbing artist in the field of sculpture and installations driven by great ethical power. In a radical turn, Beiguelman’s agenda in the 2010s focused on the critique of intolerance of differences, on the dialectic between people and historical landmarks, and on the impermanence of memorial monuments. Beiguelman’s architectural unconscious is reflected in the installations of the urban agenda (Já é Ontem?, 2019), on the destruction in the gentrification of the port area of ​​Rio), the cities of cruelty (Odiolândia and Odiolândia Marielle, from 2017 and 2018, and which in Miguel Rio Branco é Maldicidade), in the elevation of monuments (from their destruction, as in Memória da Amnesia (2015) and Cinema Lascado: Perimetral (2016), in the magnetization of spaces taken as places with history in cities and architecture of the heteroclite (the installation, in São Paulo, of the Monumento Nenhum in the colonial Beco do Pinto and of Chacina da Luz in the Solar da Marquesa de Santos), among many other aspects. In The Origin of German Tragic Drama, Walter Benjamin turned to the problem of discontinuous history with the proposal that allegory is an appropriate strategy for the representation of the past. Benjamin’s position applies to Giselle Beiguelmam’s critical allegorical method of presenting the past in multiple entries . The heterology of its method, the mixture of antagonistic stylistic codes, the quality of the stones and their work, and the origin of the fragments transform Monumento Nenhum into aporetic monuments.

Giselle Beiguelman’s corpus in recent years exposes the malaise of Brazilian society, in its crisis of barbarism and the collapse of civilization, as it is always appropriate here to allude to Freud. In her own field, the task that Beiguelman defined for her art is to dig through social amnesia, visit the folds of the soul, turn over the most painful, settle in ethics, uncover the unspeakable, explore the archeology of unequal times, expand the critical language in high voltage, surprising with the singular invention of culture, beating moral corruption, mapping inequality, disturbing the violent who act against the socially fragile, allying with the fragile, shaking the certainties of power, maddening the satisfied, allying to homo sacer, to lay bare the bare life, to violate the violence of biopolitics, to assume social mourning, to break the social contract of silence, to continue because the Republic of the rough will pass, to assume its civic fury, to exercise its will to power and to swallow the egg of the serpent. 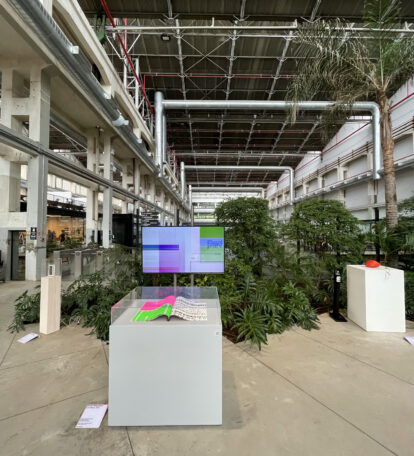 SP-Arte 2021 – Art and Technology: a revolution in progress 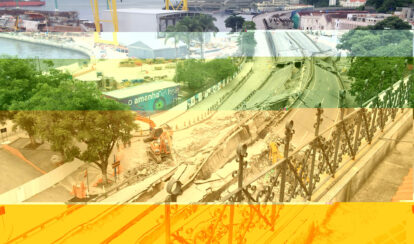 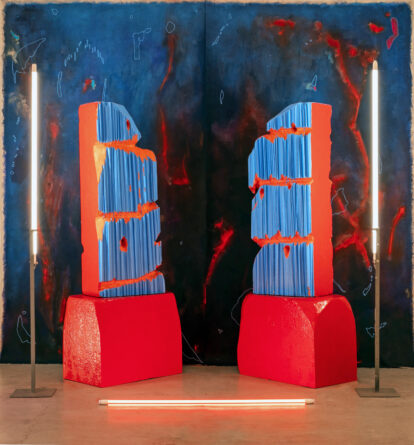 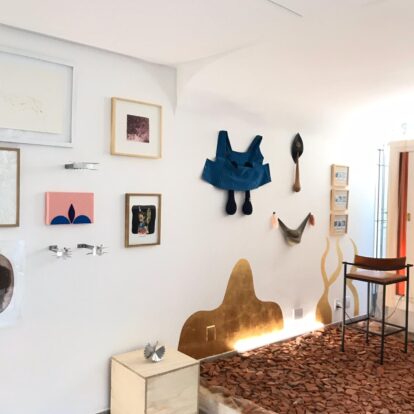